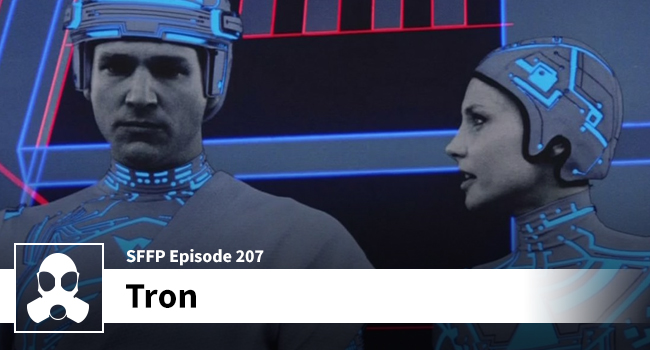 Tron provoked some hilarious discussion between Matthew and Dean. For example: how many 5-year olds do you think you could defeat in hand-to-hand combat before succumbing to exhaustion? Matt thinks about 200. Dean thinks a lot on account of their undeveloped and terrible legs. The lads also discuss a skirt that Jeff Bridges had to wear on account of his crotch bulge. “Disney Deep” becomes a term, and the lads get into their memories of arcades and video games. Thanks again for the folks who made this episode possible by way of the Guild Bounty system!