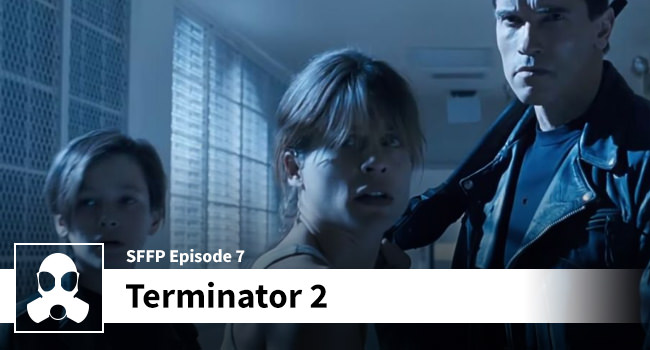 It’s one of the greatest films we’ve ever covered. We got a ripped Sarah Connor, a flash-back with Kyle Reese, Vasquez and her sword hands, and of course a protagonist Terminator.