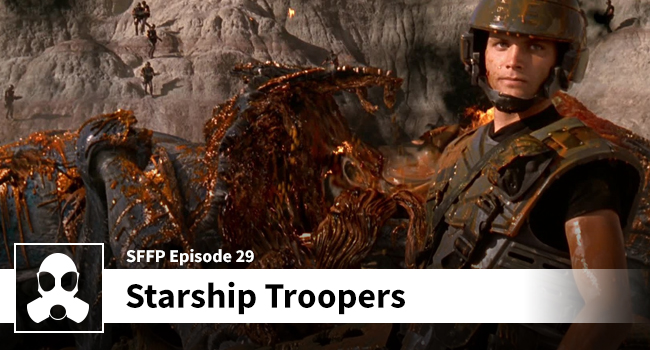 The only good bug is a dead bug and the gang has decided to hit up the jingoistic satire that is Starship Troopers.