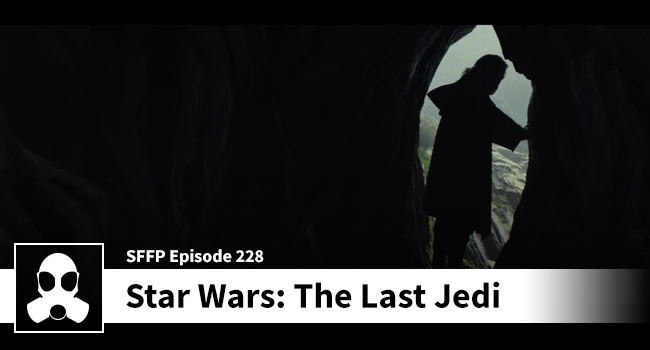 It wouldn’t be the “Science Fiction Film Podcast” if we didn’t talk Star Wars, and this week we have a special four-way episode ready to serve up into your hungry ear-holes. Prepare yourselves as all four hosts share some gripes with this installment, but remember that it is all done out of tough love. Fear not: there is plenty to like in this flick, but is it enough to carry Last Jedi into “good movie” territory? Like the sacred Jedi texts, this podcast will unravel all of the mysteries of Rian Johnson’s nerd-shattering visions of the Star Wars universe! May the force be with you… you’re going to need it. (But seriously, that casino sub-plot was like really bad, right?)