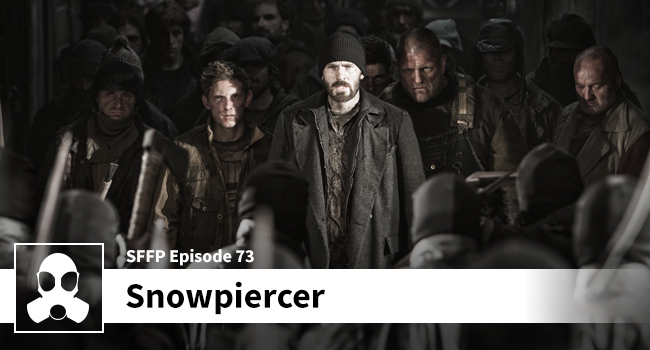 Captain America is on a train, in the snow, without his shield.