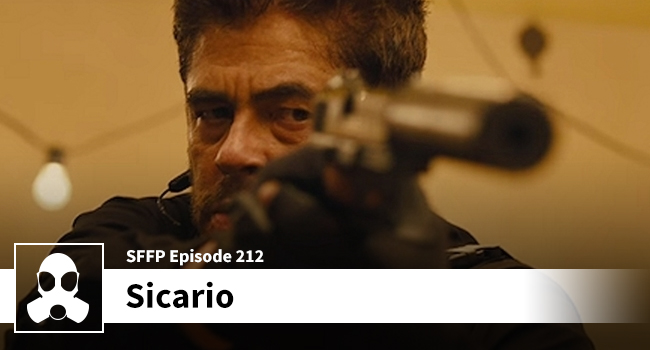 Dean returns to the pod and he is joined by his good pals Josh and Matthew. This three-way is exactly what you’d expect out of these guys when it comes to a flick like Sicario, a complete and utter suck-off fest. There is a lot to discuss this week, and the lads unanimously agree that this movie is brilliant and very rewatchable. Josh points out that Emily Blunt’s performance is at the top of the pile, and Matthew imagines a kid’s soccer game coached by Alejandro (Where did the other team’s coach go?). Dean almost wets his pants when discussing hammer pairs, and the lads gush for about three hours. Get your raincoats on and prepare to get soaked.