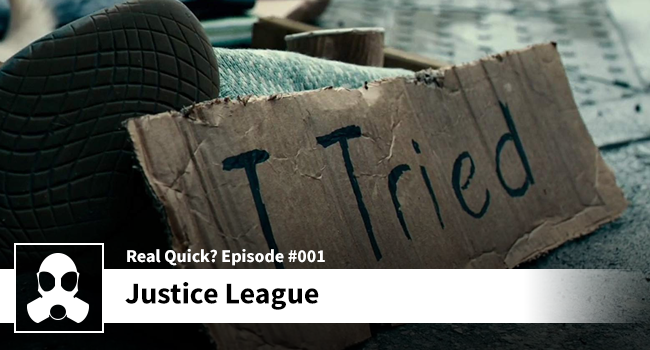 I finally get off my butt to watch a superhero movie, because I know how much you guys all love them. I decided to kick things off with Justice Leauge, and boy there is some Zack Snyder things going on in this one. There are some things to like in this flick, but to be honest I didn’t love it. The final 30 minutes felt like I was in a bad video game from the late 90s. I did find myself excited at Superman’s epic return, and would say that I have a new respect for the Man of Steel.