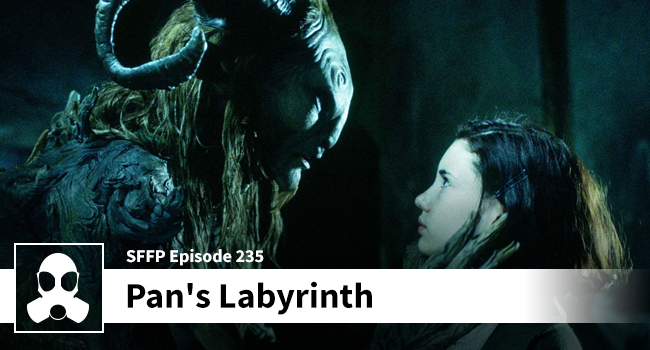 The virtue of defiance is one of the central themes in ‘Pan’s’ and it grabbed Matthew and Dean’s attention immediately. They talk about Spanish Hitler, the Spanish Civil War (and its aftermath), and the mirroring of Vidal in all the scary monsters (especially the Pale Man) in the underworld. The lads get into Vidal’s desire to consume and destroy and his complete and utter lack of agreeable traits. Is the Captain a true and evil monster? Is the underworld real? Does it matter? A great movie and a thought-provoking discussion. Thanks to all of the members and to all those who voted for this excellent and dark fairy tale.