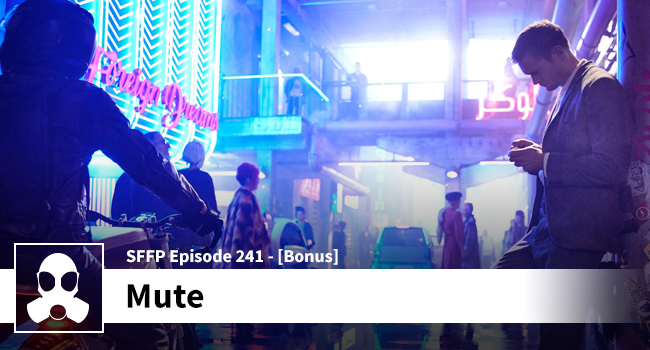 Mute probably doesn’t deserve a 10% on the ‘ole tomato meter, but it isn’t particularly good. The lads agree that it’s a bit of a beautiful mess but worth a watch.