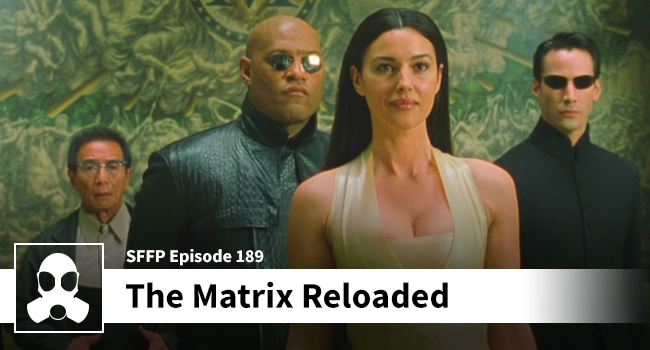 Matthew and Dean discuss a less than stellar sequel to the The Matrix. Get ready for sweaty jump dancing!