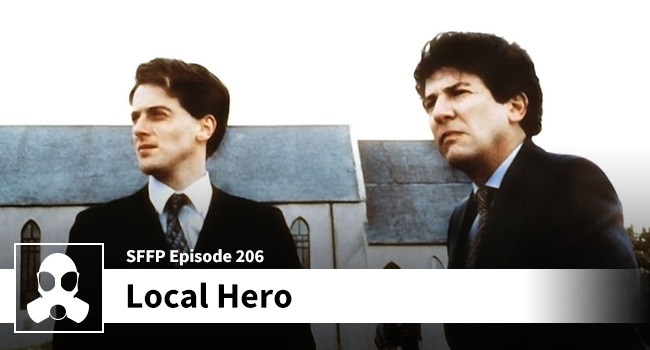 Matthew and Dean go hard in the paint with the barn-burning Forsyth classic, Local Hero. The lads both admit that this flick wasn’t their cup of tea, and not because of bad film making, but more so because not a lot happens. With Local Hero, understated becomes plodding. The shining part of the film is Burt Lancaster and Wedge Antilles. Matt says he will watch it again, and Dean says he will just take Matt’s word for it. He’d [Dean] rather  watch Wicker Man (’73) instead. Special thanks again to listener Jo Pulcini for offering up the bounty to have this one covered.