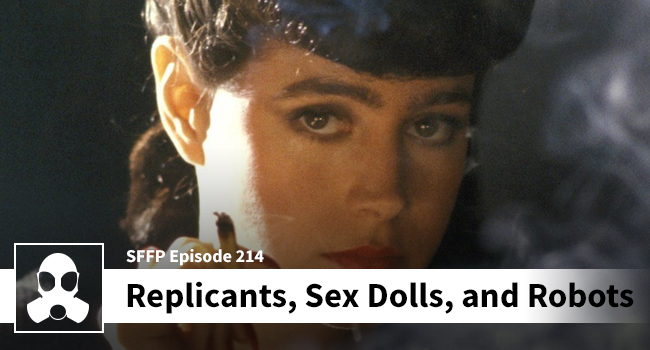 Matthew and Dean jump on the mics to talk about replicants, sex dolls, and robots. They manage to talk a little bit about Blade Runner, LSG’s FIRST podcast episode which needed a slight revisit ahead of Blade Runner 2049. They ask hard-hitting questions about dating in Japan, sexuality, the robot revolution, and they take a few minutes to explore a forum where people who purchase $4,000 sex dolls hang out. Are we going to bang robots into indifference? We aren’t sure, but it is fun to talk about.