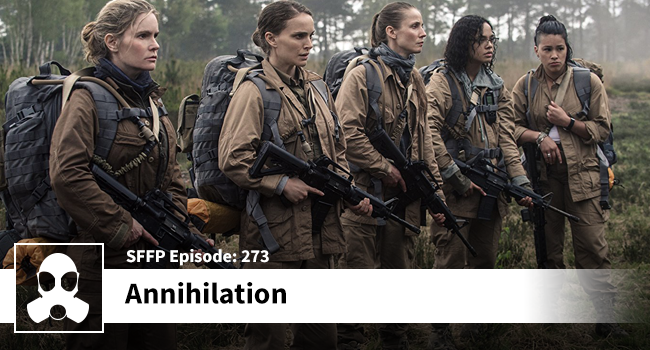 When ‘The Shimmer’ threatens titular annihilation the world sends in its very best team of annoying females to drive the creature to suicide by white phosphorous grenade. If that doesn’t tell you something about the female species… nothing will. But fear not dear listeners, Jessica joins Matthew and Dean to level out the chick-bashing, and although she is genetically inferior to the lads, she manages some solid points and funny jokes.